Why creating a habit is important for your company ? 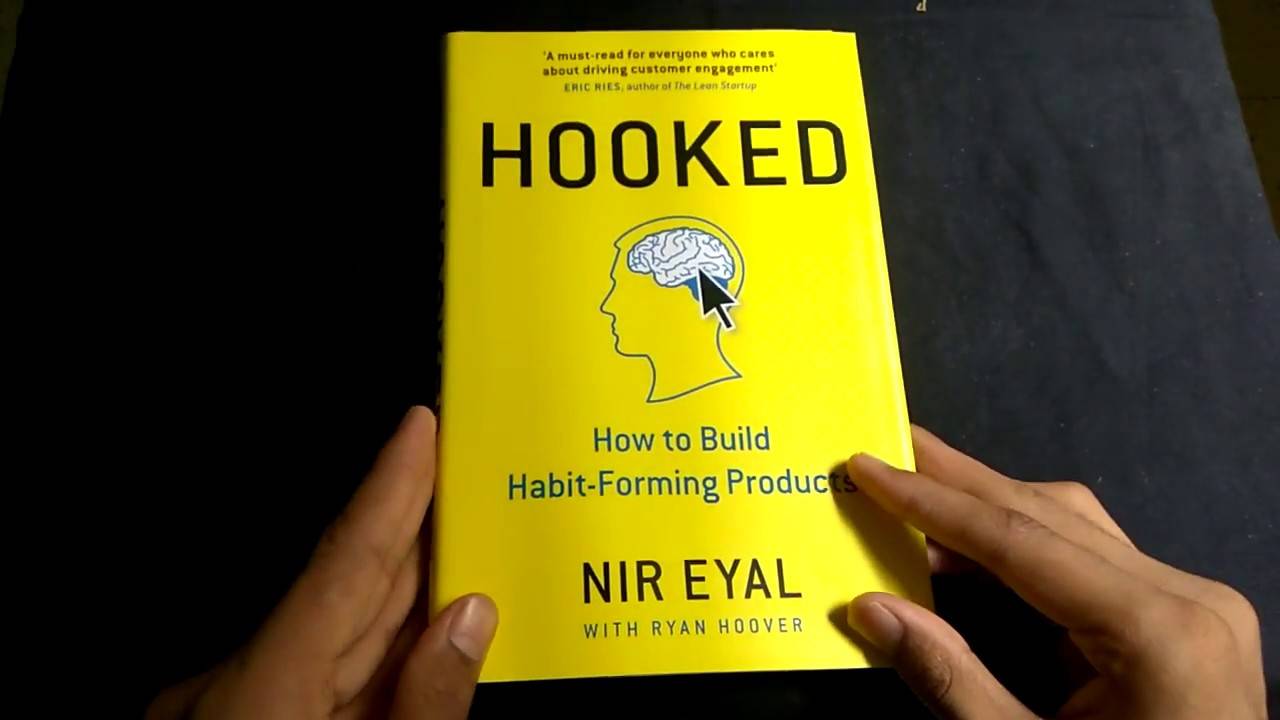 Every morning you might go through a routine of getting your coffee fix, going out for a run, or checking your social media apps. We either consciously or unconsciously repeat these habits in our everyday lives.
Habits are learned behaviours from receiving a reward. For example, caffeine is a perk from drinking a cup of coffee ; endorphins are the energising effects of running.

Cognitive psychologists define habits as “automatic behaviours triggered by situational cues”: Things we do with little or no conscious thought — Nir Eyal.

To create a habit-forming technology, such as a game, a fitness app, or online service, we can employ the Hook Model — a Behavioural Design framework. Created by consumer psychology expert, Nir Eyal, the Hook Model teaches us how we can change behaviours in an ethical and useful way for people. Whether we’re looking to create or break habits, the Hook Model is a fascinating framework for behavioural change.

The goal of the Hook Model is to create a habit-forming technology that provides some sort of relief – a painkiller. By creating a source of alleviation will drive continued use of the product or service, and ultimately increase the customer lifetime value (CLV).

To create a habit-forming product using the Hook Model, we must design for the sequence of four critical phases :

When users go through all four phases of the Hook Model, they will begin to associate the product or service as the source of relief. And that is when the habit is formed.

1-Trigger : which can exist in the environment (external) or the in the self (internal).

1.1 External triggers directly communicate the next action to be undertaken by the user For example, your smartphone pings or buzzes which attracts your attention.
Eyal identifies different types of external triggers for inviting users to perform the desired behaviour, including :

- Paid triggers in the form of paid advertisements, marketing designed to acquire new customers or traffic.
- Earned triggers which are acquired as a result of some investment from the user’s end.

- Relationship : the form of social influence, including word of mouth, product referrals, or Facebook likes.
- Owned triggers including subscribed newsletters or channels which prompt repeatedly until the habit formation.

1.2 Internal Triggers, however, manifest out of feelings, emotions, or thoughts. Fear Of Missing Out or boredom attracts you towards social media platforms. Eventually, these emotions shape up into habits to continuously check up on these apps.

2-Action : which is the key behaviour you want users to perform. This could be opening a push notification, entering your daily calorie intake in your health and fitness app, or making your next move in a game like Clash of the Clans.

3-Variable Rewards : To keep the users engaged and build upon their habits, products need to reinforce the motivation of indulging in the form of rewards. The alleviated cravings for rewards keep the user hooked to the product. The rewards can belong to any of the three categories :

- Rewards of the Tribe : These are also known as social rewards, which are driven by connections with other people. These could be in the form of likes, comments, retweets, shoutouts, followers, or shares which results in feelings of acceptance, importance, and being liked which we seek from the community.

- Rewards of the self : intrinsic rewards, including self-mastery, proficiency, and completion where we want to be the best we can. For example, in video games and online courses, signs of praise or encouragement are rewarded to players or students for completing an action
- Rewards of the hunt : Social media often leverages the recommendation systems to keep us involved in the constant urge to find something new. Many products, like Pinterest, Instagram, Unsplash, use masonry grids to keep the user intrigued and craving for more. Since the bottom-most images are not fully visible, we find ourselves scrolling in the hope of finding something new.

4-Investment :
Our efforts, either small or huge, are of utmost importance to us. We tend to feel inclined towards a certain product because of the commitment and investment we have given to the same. This could be in the form of old email threads in Gmail, earned followers on Twitter or Instagram, or even saved memories on Facebook or Snapchat. This storing value and habit dependency often prevents the customer from abandoning the platform. Hence, you have been unknowingly influenced to be dependent on and HOOKED to the product.

- Internal trigger : what do users really want? What pain is your product relieving?
- External trigger : what brings users to your service ?
- Action : what is the simplest action users take in anticipation of a reward, and how can you simplify your product to make this action easier?
- Variable reward : are users fulfilled by the reward yet left wanting more ?
- Investment : what bit of work do users invest in your product? Does it load the next trigger and store value to improve the product with use ?

3) Ethics of creating a habit-forming product :
Behavioural Design is a set of techniques for persuasion that should not be confused with coercion. While Behavioural Design takes advantage of cognitive biases to motivate behaviour, it should not be used to deceive people into performing an action (also known as dark patterns) or even forming a habit that goes against their will. The code of practice includes respecting the user’s intrinsic rights to freedom of choice, autonomy, and dignity.

Conclusion :
Habit-forming technologies are essential for increasing human engagement with your product or service. By adopting the Hook Model you can increase customer retention and lifetime value. Products can be designed using the Hook Model to create, reduce, or even break habits. For the full cycle to take effect, each phase must be satisfied.

However, when creating a habit-forming product we must consider the user’s intrinsic needs. When the app or website goes against the user’s will, not only does it violate ethics, it becomes at risk of people wanting to destroy the habit.

“Are you ready to create the next habit-forming product ?“.

We will be delighted to accompany you in this strategic adventure,